Jô Matumoto at the MLB.

It was love, perseverance and dedication that turned Jô Matumoto, from São Paulo, into the first Brazilian invited to play for Major League Baseball (MLB), the organization that gathers players from all the great baseball teams in the United States and Canada.

In Brazil the sport is usually only played by the Japanese community, particularly those residing in São Paulo State. And it was there that Jô began his career until moving to Japan, where he played semi-professionally for six years. Later, back home, Jô went to the Nippon Blue Jays, a Brazilian team founded by José Pett, a former player for the small leagues of the Blue Jays franchise in the 1990’s.

Time passed and Jô Matumoto met, fell in love with and married Maria Fernanda de Lucca. He was again invited to play in Japan. The athlete packed and went there by himself, but, this time, he could not stand the distance and missed his wife badly. He came back to Brazil under a shower of criticism. Many people accused Jô of closing the door to Brazilian baseball players in Japan, and all this pressure made the player think about leaving his life’s great passion for good.

When Fernanda noticed that her husband was giving up his dream, she sent e-mails to all the North American professional league agents. Much to everyone’s surprise, she got an answer from Randall Hendricks, one of the most famous agents in the USA who, after being pressed by the Brazilian lady, invited the couple to Houston, Texas, so that Jô could take a test.

It was this “Brazilian way” that gave Fernanda’s husband a great life opportunity, and Jô did not waste the chance. The test was a success and Randall Hendrick quickly invited tens of scouts to watch the man in action. After that he was hired by the Blue Jays. “The Toronto Blue Jays got interested in me, and I had all the reasons to say yes. First of all, because I am really fond of Canada. Secondly because my wife is even much fonder of Canada than me,” states Jô, recalling that his wife had spent some time studying English in Cambridge, Ontario, when in high school.

According to Jô the fact that he is a left-handed pitcher was a definite advantage. “Left-handed players play in a way that is more unpredictable. We are not speed players, but movement players,” says Matumoto. In addition, the athlete throws laterally, not from above. This turns him into a rare asset for the team.

His first appearance at Spring Training, however, was not one of his best. Nervousness overwhelmed the player from São Paulo. Because of this, he started training at the smaller leagues, to be given some time to get used to the North American baseball system and, hopefully, go back to the MLB. His fans strongly hope he will be back to the main league, but, anyway, Jô is already part of Brazilian baseball history, due to his dedication, perseverance, passion for the sport and, most of all, for the powerful love that ties the couple.

Maria Fernanda’s determination and conviction not only has led to the hiring of Jô Matumoto, but hers, as well: she was hired by Hendricks Sports Management, Randall’s agency, that assists clients such as Roger Clemens, Jason Schmidt, Kip Wells and Andy Pettitte, among other MLB players. She still immerses herself in Jô’s career, “In the beginning, she even attended the training. She was afraid something would happen to me without her being around. Now that everything is normal, and I’ve already adapted myself, she comes to the games. All games. She never misses any,” says the loving Matumoto. 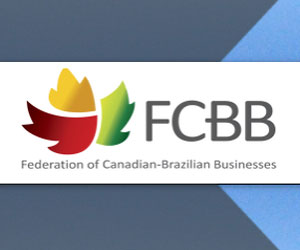