Victor Mansure has become the coach of the Canadian Basketball Association’s team for the deaf. 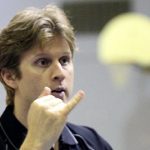 Former professional athlete Victor Mansure, 27, was chosen by the Canadian Deaf Sports Association (CDSA) to coach the Deaf Basketball Canadian team. In 2009, Mansure was the team’s assistant coach, at the under-21 World Championship in Poland. The next international competition has already been scheduled and it will take place in September, in the city of Palermo, in Italy.

Mansure is also the team coach for the Association Sportive des Sourds du Québec (ASSQ). The association’s objective is to promote physical activity, recreation and sports, and to encourage the development of skilled athletes to participate in large competitions. The organization also seeks to organize regional programs and provincial competitions.

Living in Montreal since 2005, Mansure has a degree in Physical Education from McGill University. In Brazil, he played in the under-16 basketball team of the Fluminense club, and also with teams in Londrina and São José dos Pinhais. Unfortunately, this Carioca was forced to leave the court because of knee problems, but abandoning basketball altogether was never on his mind.

“I wanted to be a coach. So, during my studies at McGill I signed up for a job at the ASSQ and I was hired immediately and after two years I became the team’s coach! On the first days on the job, I was aided by an interpreter. I already had some notion of sign language, because I had lived with a deaf and mute woman, who used to help my grandmother, in Rio”, states Mansure.

The court was always my refuge. The ball is my foundation.

According to the coach, communication is always the greatest challenge, because each situation presents the challenge of understanding, and even more so when dealing with a group. “I need the boys to look at me all the time. And sometimes I have to wait for their attention, instead of yelling for them, or calling out their names. This is a job that demands patience! In terms of coaches, the most difficult is the team’s defensive work on the court, because it involves a lot of meshing, communication and energy”, he explains.

“The court was always my refuge. The ball is my foundation. I want to do a good job and make this team more professional, so that each athlete and team member can feel accomplished and happy, independent of the limitations that life has given them. The motivation that the sport brings, besides great added value, is sufficient enough that they can overcome barriers and prejudice.” he ends.

The Inner World. Empathy and self-knowledge to grow healthy