Home ARCHIVE BrazilFest is this Sunday in Toronto

The 14th edition of the Toronto hottest Brazilian summer fest will take place on Sunday, July 23rd, from 11am to 11pm, at Earlscourt Park (1200 Lansdowne Ave, Toronto, ON). Free admission! 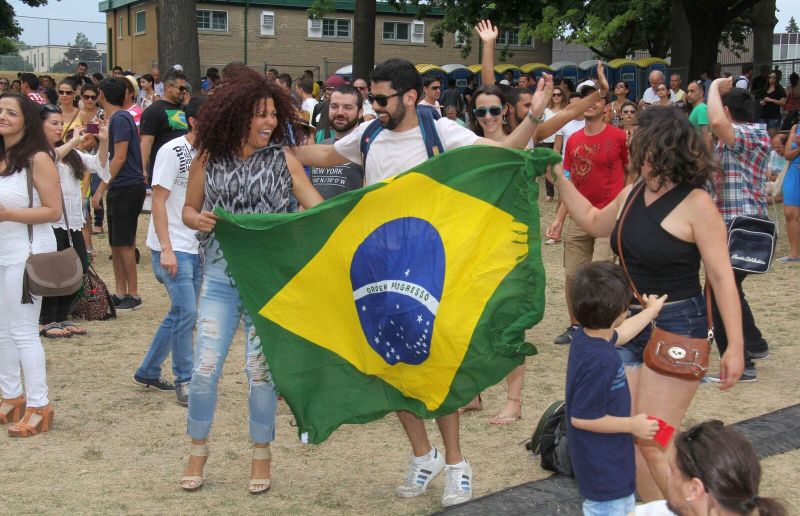 The largest Brazilian festival in Ontario is organized and produced by Itabras Entertainment Productions Inc. by the president of Itabras, Arilda de Oliveira and her competent staff. “Where there is a Brazilian event, you can’t miss its good music and its delicious food,” says Arilda. Being the largest country in South America, Brazil has a mixture of cultures providing an eclectic event to the city of Toronto.

With a full day agenda and packed with Brazilian culture, the festival presents great performers and bands that will take the stage during the 11 hours of entertainment. The event also includes food vendors and exhibitors, plus an exclusive Bar Garden (with our famous cachaça Pitu (caipirinha), tropical juices, and much much more). Everything is very well planned and structured, in order to keep the security and safety of our visitors.

On top of that, there will be an exclusive area just for the kids!

The Toronto International BrazilFest is the best outdoor Brazilian event in the city according to the Top Choice Award Association. This success is attributable to the passion and energy expressed by the Brazilian community through their abilities and talents. Brazilian music is famous and popular around the world and we invite you to join us to see and hear the music and dance performers live and where you can sing- along and dance with the sounds from the different regions of the country Brazil.