Director/Producer Dan Jackson is a linguist, writer, and classical guitarist. IN THE SHADOW OF THE HILL is his feature documentary debut and it had its world premiere at this year´s Hot Docs, in Toronto. 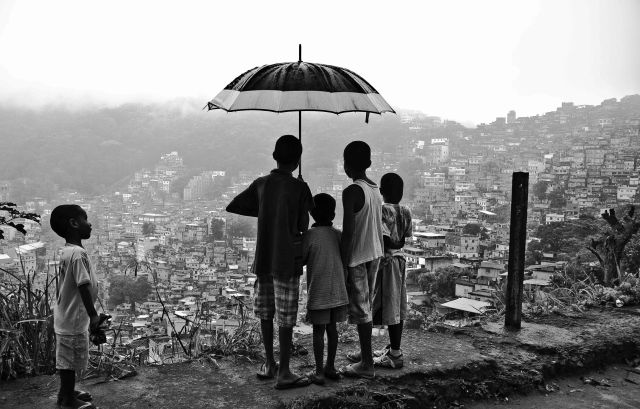 The documentary puts the spotlight on the spirit of solidarity and resilience of the residents of Rocinha, Brazil’s largest favela – where one man’s disappearance galvanizes an inspiring movement to rally against the ruthless state oppression. 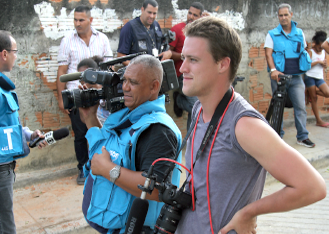 Dan talked to Wave about his experience in Rio and filming his first documentary.

Wave – How did an Australian producer/director get involved with a documentary about corruption in Brazil?
Dan – I was working in a television commercials production house in Sydney, and soon realized that directing TV ads wasn’t my passion. I quit my job and decided to circumnavigate South America by car. I took a backpack full of camera gear with me, with the idea of shooting a handful of short documentaries. I had always been interested in Rio’s favelas. I think this was borne out of seeing films like “City of God” and “Elite Squad”. I found the geography and aesthetics fascinating, and wanted to see if life on the ground was like it is portrayed in the movies. We drove from Buenos Aires to Rio and I made contact with a resident of Rio’s largest favela ‘Rocinha’. I met him one afternoon, and by that night I had found a place to stay in the favela. I was immediately taken with the strong sense of community that is inherent to Rocinha, and quickly fell in love with the place. This was four years ago. I have since traveled back to Rio on six occasions and lived inside Rocinha for over a year cumulatively.

Wave – Have you ever been to Brazil before shooting of IN THE SHADOW OF THE HILL?
Dan – It was my very first time in Brazil when I started shooting my film. I immediately felt at home, as I think there are some strong similarities
between the temperament of Australians and Brazilians. Now whenever I go back to Rio, it strangely feels like I am coming home.

Wave – Was the crew of the film Brazilian or Australian?
Dan – The crew of the film was essentially me and a handful of very close friends I made when living in Rocinha. So it was a co-production between an Australian, who before arriving knew nothing about the community, and a group of passionate residents who lived in the favela their entire lives. They didn’t have any film experience to speak of, but they were absolutely critical to my gaining insight into a place which initially was so foreign to me. Throughout the four-year process they have all become life long friends.

Wave – What were the challenges to producing a film like that?
Dan – The challenges in producing a film in a location like Rocinha are numerous. Firstly, the language barrier: When I arrived I didn’t speak a
word of Portuguese, only Spanish to a reasonable level. I would conduct interviews and barely be able to understand the responses given, and
would go home and watch the footage over and over again trying to understand what had been said. It meant I had to learn Portuguese very quickly, and I am pleased to say that today I speak it quite fluently.

Another challenge was gaining the trust of the residents. They have for so long been scrutinized and marginalized by the corporate Brazilian media
that they are mistrustful of anyone with a camera. And they are right to be mistrustful. It took a few months of living there, making friends and
becoming a part of the community before people saw that I was doing things a little differently than the local television stations. After people
began to trust me, the access to the community really opened up. 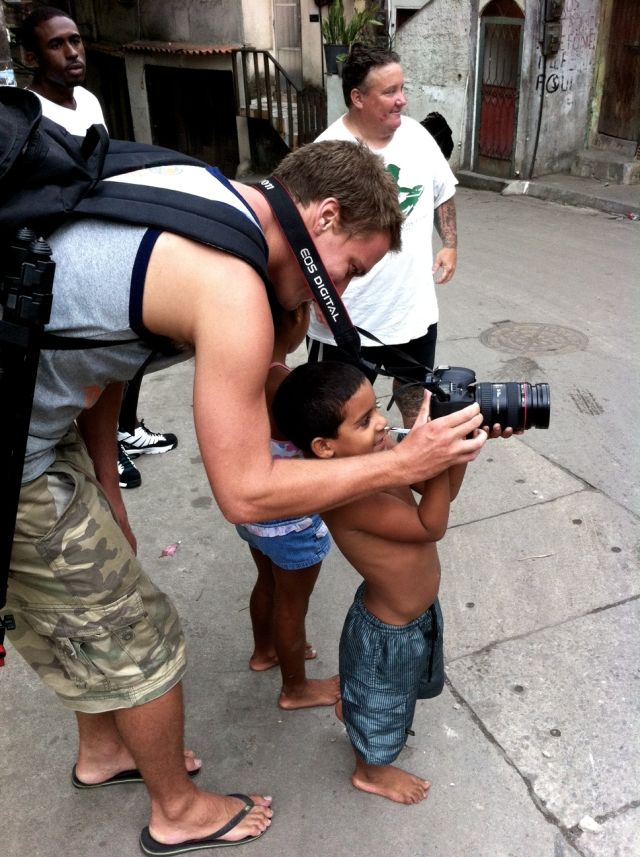 Wave – This kind of documentary deals with favelas, police, etc. Did you have any fears before and during the making of the movie?
Dan – I was probably more afraid before going into the community than I was at any stage living inside. In saying that, there can be regular shootouts between traffickers and police, and sometimes for weeks on end you will go to sleep with gunfire echoing around the favela. I had two guns held to my head by some traffickers who thought I was trying to secretly film them, but after they discovered I meant no harm they immediately apologized and offered me some of their ‘churrasco’ and a beer.

On another occasion I witnessed the president of the Rocinha Resident’s Association gunned down in front of me. The word on the street was that he was set to testify against a recently arrested trafficker boss. While I did experience some reasonably scary situations when living in Rocinha, I would say for the vast majority of the time there I felt safe, at home, and very comfortable living in the community. Before I entered, and only knew what I had seen in films like “City of God” or “Elite Squad”, I thought it would be an awful place. But as it turned out I had an amazing experience, and would not hesitate to live there again.

Wave – IN THE SHADOW OF THE HILL is your feature documentary debut.  What does it mean for you to debut your film in a festival like Hot Docs?
Dan – Hot Docs is an amazing and world renowned festival so I am thrilled to be able to have my World premiere in Toronto this year, and I’m very excited to check out some of the other fantastic films that are playing. I hear that Canadian beer is pretty good, too.

Wave – Is there a message that you would like your audience to take away after seeing this documentary?
Dan – I am reticent to make a statement about what I want people to walk away thinking. I think the beauty of art is that each and every person can
have their own interpretation. In saying that, I do hope it can dispel some of the negative stereotypes that exist around favela residents, and I hope it can inspire people into some kind of action. Whatever that action may be is up to each individual.