His place in the sun.

Bruno Hildebrando who graduated in advertising and works in IT never abandoned his wish to be a prosperous artist recognized in Canada for his art.

By Luciana Savioli, from Montreal

He is formal, well dressed and well groomed. For those who see Bruno Hildebrando, 37 years old, from Curitiba, they would not imagine that behind the serious façade, there is an artist full of projects and new ideas brewing in his mind. With a thick accent, gentle demeanour and striking determination, Bruno is the owner of a polyvalent, and creative personality – and admirable spirit.

When he talks about his projects, you can feel the love he has for everything he does, and the dedication and perseverance employed in all his activities, some of which are more, and some of which are less pleasurable. But he really comes alive when he opens up his briefcase and shows his drawings with pride and care – his declared passion since he was just 13. 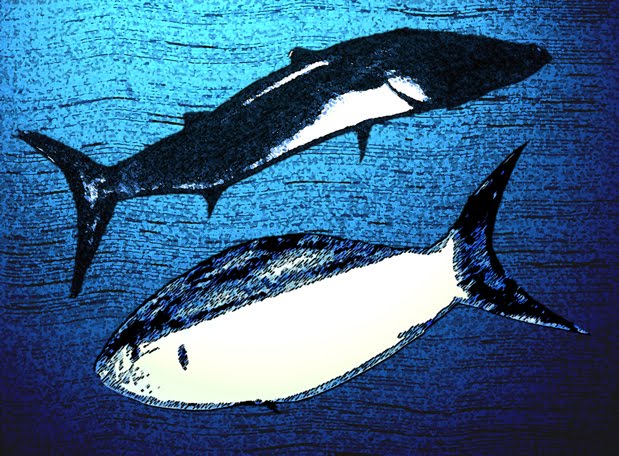 His technique consists of a mixture – as it should– of two stroke styles. “I unite the hand drawn picture with the potential that a computer brings”, he defines. Better stated, Bruno uses computer programs such as Photoshop and Illustrator to work on his hand made drawings, as a painter uses a palette or a sculptor a chisel. “I take a piece of paper, brush on a couple of strokes and I begin to imagine the textures and the contrast that can be applied, like giving life to my strokes.” The result is very interesting and can be viewed on the artists’ blog: http://brunohildebrando.blogspot.com.

When asked about the difference in the cultural scene in Brazil and Canada, he states: “In Brazil, we search for our cultural identity, our roots are American Indian and African – we are tropical! In Canada the search is for newer forms of expression, new colours, tastes and trends.”

Like so many other Brazilians, Bruno packed his bags for the icy Canadian soil in 2003, when he spent six months in Toronto. But in 2006 he decided, once and for all, to stay in Canada. “I came for my place in the sun. I wanted to expand my personal and professional horizons.” And that he did, but the second time around, Bruno chose La Belle Province to call home, more precisely, in beautiful Montreal. “Here you have the comfort of a large city aligned with the good side of a small city. Besides this, Montreal is a city with a lot of cultural strength, full of shows and festivals.” What else could this spirit, avid for new challenges, wish for?

Today, even though he works full-time as an IT support analyst and in addition acts as an advertiser and publicist for various media entities, Bruno has not shifted his focus from his original and biggest objective: to be known – and recognized – as an illustrator and the talented artist that he is.

In December of last year, he held an exhibition to show his work and at this moment he is already planning another one! But he is ready for more: “I want to continue with my advertising and visual arts projects; I am preparing a new exposition, for the middle of the first semester and I plan on doing a Master’s degree”. Wow! Think that is a lot? He class and determination are striking. For those who know him though, these qualities are as typical of him as are his words: “I came to solidify my life here. I want to reach higher plains!”