A Canadian research team has been given the green light to start testing a Zika vaccine on human patients. 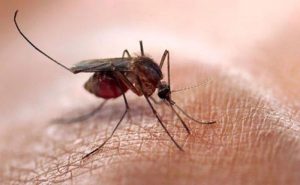 Researchers say the first phase involves administering the vaccine to dozens of volunteers spread out over three sites in Quebec City, Miami, and Philadelphia.

The virus has been linked to miscarriages and birth defects in babies born to infected women.

Researchers in Canada and the US have developed a new type of vaccine which has had success against the zika virus in lab testing.

Scientists in Quebec at the Université de Laval Infectious Disease Research Centre (IDRC) , and in the US at the University of Pennsylvania and Inovia Pharmaceuticals have been working in a new area of vaccines called DNA vaccines.

Vaccines have commonly been developed from killed versions of bacteria and virus to stimulate the body’s immune system. The new technology instead uses inactive bits of DNA.

Health Canada and the Food and Drug Administration in the US have both given the go-ahead for the vaccine tests on humans, the first time a DNA vaccine to be approved for human trials .

Those trials, known as a phase-1 study will begin shortly, with phase II to follow perhaps in a little over a year.