Home ARCHIVE Denise Gastaldo: The health of immigrants in Canada.

When the process of immigration is done, it’s not only the country that changes. The distance from family and friends, new career paths, and the learning of a new language are some of the many challenges faced by immigrants. And all these changes reflect directly on health, states Professor at Bloomberg Faculty of Nursing, Doctor Denise Gastaldo.

A Brazilian who has lived in Canada for 16 years and works at the Dalla Lana School of Public Health, she presented her study about the health of immigrants in Canada. The meeting took place last month at Café com Letras, an event organized by artist Solange Escosteguy Cardoso. Wave was there and talked to Professor Denise about this subject that interests those who are “away from home”:

In the case of immigration, for many people the process is characterized by the loss of objective and subjective social status. This is due to multiple factors that combined create an experience of exclusion and affects the social status of immigrants.

Others, however, have in immigration an opportunity to leave behind the suffering of discrimination that occurred in Brazil and can find themselves in a better social position in the adopted country, in this case, Canada. There is no unique trend, but the loss of social status that affects the psychological well-being is very common, and over the years can impact the physical health of individuals.

According to studies, a society with more inequality and social injustice tends to get sick more easily…. 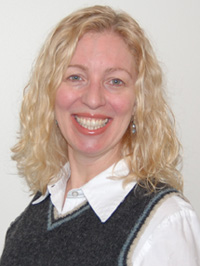 Gastaldo: The bigger the inequality in a society, the bigger the number of sick people, whether rich or poor. The healthiest societies in the world are the ones with smallest social and economic variations amongst its members. For example, Japan or Sweden are countries with the highest life expectancy because they are the most equal in the world. In order to improve the health of immigrants in Canada, there would have to be more opportunities of social and economic inclusion for them. The immigrants themselves can take the initiative to have a good social network.

Have you also studied the situation of undocumented immigrants in your research? Are there many of them?
Gastaldo: There are currently between 30 and 40 million undocumented workers around the world. In Canada, most of them come with a tourist or student visa and work without permission. Some people come with a specific plan to make a certain amount of money and return to Brazil, but others want to leave Brazil without a plan to return.

What are the main difficulties that these workers have in Canada?
Gastaldo: The main problems reported by Latin-American undocumented workers who took part in the study were the very long working hours (many have 2 or more jobs), poor working conditions, small possibility to negotiate work issues because of the risk of being fired, lack of payment (some employers take advantage of the immigration status of these workers) and a limited social network for due to fear of deportation. Also, some Brazilian workers feel discriminated within their own community. Because they do not belong to the Brazilian community and are not officially part of Canada, they live in “limbo”, which is very harmful to the emotional and social health of the individuals.

Even under adverse conditions, many immigrants choose to remain in Canada. How do you explain this?
Gastaldo: Some have definite plans, such as buy an apartment or pay for the kids’ education and they can’t return until this objective is met. Others, however, don’t want to go back because they left violence and discrimination behind. In our study, a Brazilian homosexual lady, who continuously suffered with her family’s disapproval due to her sexual orientation, was a victim of violence at school and on the streets many times. She says she prefers to stay in Canada with no documents than to live in Brazil as a citizen. Most of them, however, don’t have definite plans and end up living day to day in a network of economic commitment, dreams and help from friends and colleagues that can become quite big. In our study, people that came to spend a few months, have been working here for 6 or 8 years and could not really explain how that has happened.

Do you dream of an international career? Online event will recruit Brazilians for 200 IT vacancies in Montreal