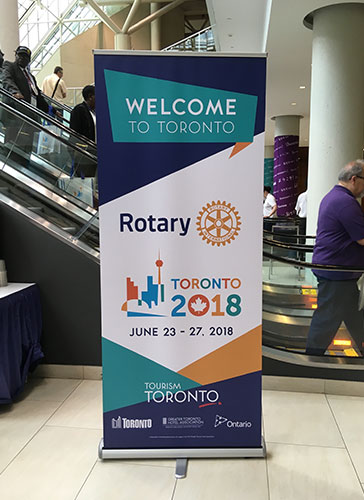 On Sunday, June 24, about 15 thousand people attended the Ceremony of Opening, with the welcome by the President of the Toronto Convention, Gordon McInally. The event presented the traditional parade of flags and had the participation, among others, of the vice governor of Ontario, Elizabeth Dowdeswell, and Chief Stacey Laforme of the Mississauga First Nation.

During the event, Rotary members from 175 countries have an agenda full of activities, both in the halls of the Metro Convention and in the various attractions that the city offers in the period. Among them, the 38th Pride Parade of Toronto that happened last Sunday, 06/24. 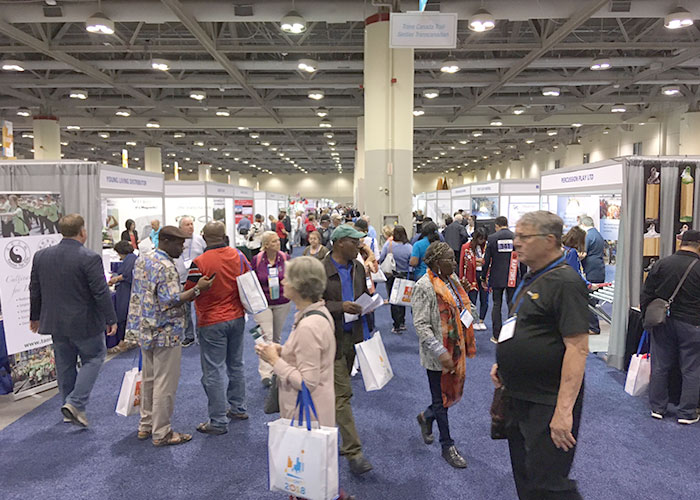 With dozens of stands and stages for concerts, space “Casa da Amizade” offered products and promoted initiatives of the Rotary world. In the main auditorium, among the most talked-about lectures of the event: Princess Anne (England), former First Lady Laura Bush (USA), former Prime Minister of New Zealand, Helen Clark and Tedros Adhanon, president of the World Health Organization.

Two important announcements remain for the Closing Ceremony, June 27. The introduction of the city that will host the next International Convention and the presentation of the new Rotary international president for the 2018/2019. The elected city is Hamburg, Germany. And the new president will be Dr. Barry Rassin of the Bahamas.

E6: A Career Transition Expert On Your Side | Career Journeys in Canada

The Brazilian Globoplay now in Canada

Opera to Fado, October 23, at the Zoetic Theater in Hamilton