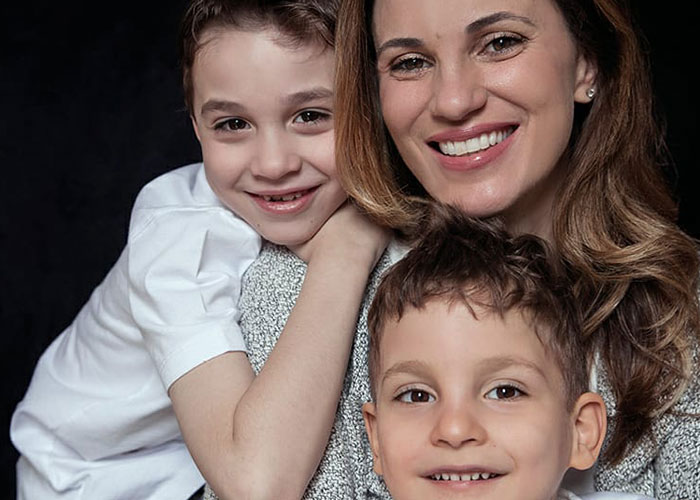 After more than 10 years as a journalist, the Brazilian Fabiana Bacchini decided to change her life by getting pregnant and having a second child. After her personal experience of having a premature baby, Fabiana began to devote her time and effort to share her challenges and successes with families in the neonatal intensive care units. Acting as a volunteer at the NICU at Mount Sinai Hospital in Toronto, she decided to write a book addressing topics such as infertility, loss, and overcoming. With her husband, Stelios, Fabiana founded a non-profit organization, Handfull Hearts.

For Fabiana, the idea of the book – From Surviving to Thriving – was to share her personal challenges with hundreds of women and health professionals and also to carry the message that we are all capable of living a full life, despite the difficulties that may arise during pregnancy and after preterm delivery.

The creation of the NGO Handfull Hearts came naturally to Fabiana, after her volunteer work at Mount Sinai as ambassador to Family Integrate Care and as director of the Canadian Premature Babies Foundation. Handfull Hearts aims to educate and share good deeds, which includes distributing baskets to families who spend Christmas and Mother’s Day at hospitals such as Mount Sinai, Sunnybrook and Mackenzie Health. The organization even deployed a program called “Journal Bits” which with each baby’s progress, adds another bead to their bracelets.

Wave: When did your normal, quiet life, take a turnaround?

Fabiana: I could not get pregnant. All the attempts were unproductive here. In Brazil I fertilized in vitro and my first child was born, Thomas, now 9 years old. Six years ago we did IVF again and I got pregnant, this time with twins. It was a high-risk pregnancy because of my age, being in vitro, and having twins. I ended up losing Michael at 25 weeks due to a poor cardiac condition. Gabriel was born at 26 weeks and remained in the hospital’s ICU for 146 days. He needed several therapies and specialists and we lived practically inside Sick Kids for 2 years. Our lives changed, and we had to adapt to the baby and reinvent ourselves. It was a long process and we discovered new meaning in our lives.

Wave: At some point did you think about quitting?

Fabiana: No, I wanted to have my children regardless of anything. The doctors gave me all the possible options and I chose to do nothing and continue the pregnancy. In my labour the pediatrician informed me about everything that could happen to my son born at 26 weeks. If he had a 15% chance of having a problem, I always thought he had an 85% chance of not having anything. At 20 months Gabriel was diagnosed with cerebral palsy. He is quadriplegic. It was a moment of reflection, and overcoming, until we accepted it unconditionally.

Wave: And what is his brother’s reaction?

Fabiana: It’s a challenge, we always try to include him in everything. We go out with him alone and I think it’s working. The teacher says that Thomas is inclusive, participatory and good.

Wave: How is your work in hospitals as a volunteer?

Fabiana: While I was in the neonatal ICU of the Hospital, without knowing it, I participated in a pilot project to integrate families involved in neonatal care. They developed a study based on the presence of the mothers of the preterm babies spending more time together with them. And the result was positive, reducing stress and aiding in the development of the children. As a volunteer at Mount Sinai Hospital in the ICU, I became an ambassador for Family Integrate Care. Working with physicians and nurses in the education and integration of these parents of preterm infants, the project is being deployed throughout Canada and in several countries. I am the director of the Canadian Premature Babies Foundation, started in Edmonton by a premature mother. The foundation has a network of parents throughout Canada. My husband and I founded a non-governmental organization Handfull Hearts, raised funds and created programs within hospitals – Mount Sinai and Sunnybrook in Toronto, and Mackenzie Health in Vaughan. We provide baskets for families who spend Christmas inside hospitals. This has now been expanded to Mother’s Day. Journal Bits is a new program that we started at Mount Sinai. With each baby’s progress, one more bead is added to their bracelets. The message is to look at a challenge, change the perspective and see the good side of the situation.

E10: Making use of transferable skills for building a new career path | Career Journeys in Canada

E8: Taking a leap of faith in yourself pays off | Career Journeys in Canada