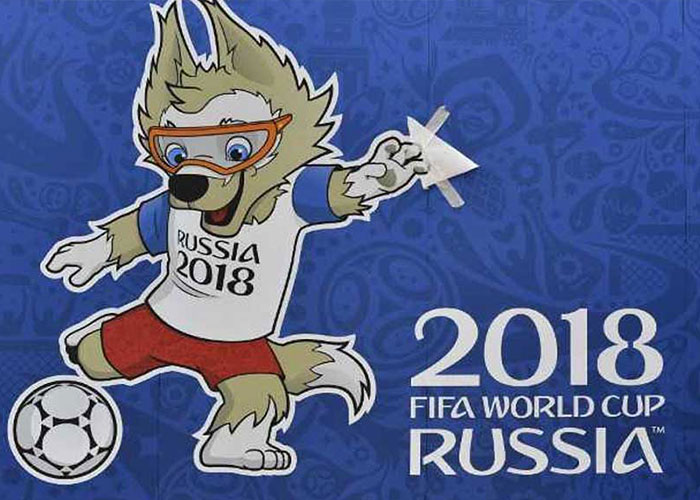 It is not by chance that the kick-off of the 2018 World Cup was given by a Brazilian, Ronaldo. Likewise, it was no accident that the Brazilian Neymar was chosen to publicize the Russian Cup in the posters scattered around the bus stops in Toronto. Brazil is and remains a benchmark for world football. And, speaking of reference, my oracle for football matters is the journalist and radio broadcaster, Chico Maia. He did not cover the World Cup in 1946 for two reasons: one because he had not yet been born and the other because there was no Cup that year because of the traumas of World War II. But in the last eight World Cups, there was our Chico Maia. And there he is in Moscow, sending the latest via the internet.
With a duration of only 15 minutes and the participation of 800 people, the opening show of the 2018 World Cup was promoted by Russia’s Channel 1 with local stars and British singer Robbie Williams.

Unlike the other openings, which gave more focus to the culture of the host country, the 2018 World Cup had a more international character. President Putin, along with FIFA President Gianni Infantino, spoke of the love of the Russians for football and the effort of all to offer the world the best spectacle in the fields. Well-known former players and coaches also attended the party. Besides Ronaldo Phenomenon, Diego Maradona was also present. And among coaches, José Mourinho (who in 2011 was considered the best coach in the world by FIFA) and our Luiz Felipe Scolari. The great absentee, for health reasons, was King Pelé.

But the truth is that the Russian Cup also stirred politics on all continents. The Americans tried a sports boycott and ended up garnering the support of some countries for a diplomatic boycott. However, at least 15 presidents or heads of government attended the Lujiniki Stadium in Moscow. The so-called great press, of course, did not fail to criticize the authorities present, implying that they were only representatives of countries that had little chance of winning. But for Russia, nothing was better than the thrashing in the opening game. Even if it was in Saudi Arabia’s net. Among the players of the first game, a Brazilian, Mário Fernandes. Formerly from Grêmio of Porto Alegre, he is a now a Russian citizen and refused a call of the Brazilian national team in 2011.

Here in Canada, in addition to watching the games and cars with the most varied flags driving on the streets, the great news is that the country will host, together with Mexico and the United States, the World Cup of 2026. One of the reasons presented by FIFA is that the countries chosen already have a sports infrastructure. The estimated value of spending by the three future hosts is “only” 2.16 billion dollars. A small amount, for sure, if we consider that Russia has already spent 11 billion dollars and that Brazil spent about 10 billion dollars.

According to Chico Maia, the foreign journalists present in Russia are betting on these favourites: Germany, Brazil, Argentina, France and Spain. And I ask you to include Portugal among the possible winners. A team with the presence of Cristiano Ronaldo can always surprise. After all, according to the expression created by the Brazilian sports commentator Benjamin Wright, football is a box of surprises.